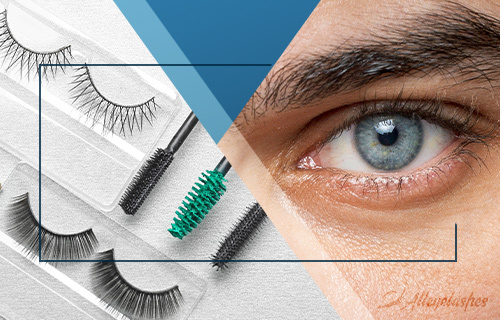 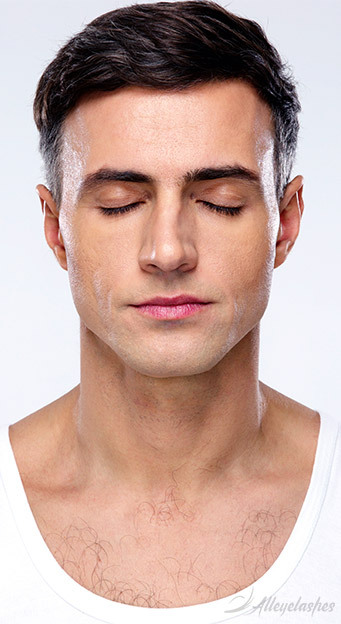 Eyelashes have been all the rage in the beauty scene for many, many years. Women and girls alike have fawned over personalities, wives of dignitaries, and actresses that sported long, luscious lashes. However, the market for eyelashes has grown exponentially. They are more popular than ever before.

But lashes are no longer the domain of women’s beauty. Instead, a rising number of male actors sport false lashes.

If you’re wondering if male actors wear fake eyelashes, read on. While there’s lots of speculation, the reality is that men are a growing market for falsies. Several companies are catering to this demand. Eylure, for instance, has created a line specifically to address men’s unique lash needs. Other brands include LBLA’s “Man Lashes.” These lashes are individual and come in an array of lengths to create a natural look.

Their signature line, “Natural Lashes for Men,” highlights an underserved niche. This emerging trend of “guylashes,” actually isn’t new. It may seem as if the lovely fringes of men in Tinseltown have always been virgin territory. However, the rumor mill has it that male actors aren’t left out.

Actors such as Nestor Carbonell may sport some seriously lush lashes. His dreamy, bedroom eyes may have a bit of help from falsies. It’s also no secret that many male beauty influencers wear fake lashes as well. James Charles, who has become a beauty guru to the stars, often frames his eyes in sets of fabulous faux lashes.

While women have heralded the age of the lash with pride, it may seem that men aren’t far behind. RuPaul, drag queen extraordinaire and actor, has made lashes part and parcel of his beauty routine. 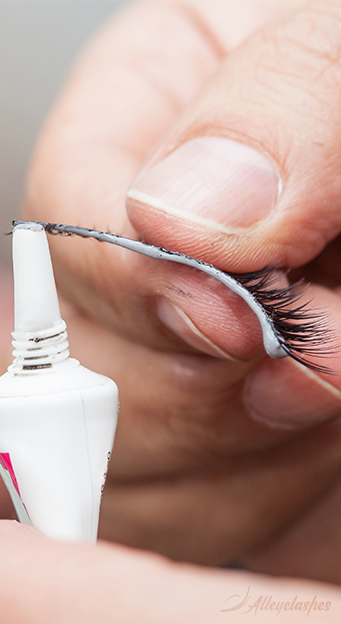 You may wonder why men would wear lashes. Well, there’s a compelling answer. As beautiful as they look on the eyelids of women, they can also do wonders for men. They can frame eyes, fill in sparse areas, and look great on camera.

In an age where male actors are also judged by their looks, lashes up the ante. They can boost a ho-hum look and give a gaze the smoldering oomph the audience will love. They are also subtle. With the addition of a few lashes here and there, a face may be completely transformed.

Men wearing false lashes may become more commonplace in the next few years. As beauty rituals change and grow, this may become a new way to shake up old ideas about norms. Like other grooming rituals, lashes for men may lose any stigma attached to them.

Self-care ideas have long been the province of women. However, in recent years men have been expanding this conversation and have begun to push aside thoughts of what constitutes proper grooming. Also, lashes are an attractive option due to their ease of use. They only take a few moments to apply and can last the entire day.

Men looking for a low-cost lash are in luck. Lashes abound, and as the market for men continues to explode, there will be even more choices. Lashes come in a variety of materials, and their upkeep isn’t as complicated as they may seem.

A few standard techniques can ensure that lashes last for some time after purchase. For some men, especially actors and performers, this could be a great alternative to heavy editing and photoshopping.

Here are a few brands for men that feature lashes that come in different varieties and lengths:

If men are wondering how to get a natural and desirable look that lasts, there are a few tricks. Taking care of lashes is simple, and it will keep you from continually buying a new set of lashes. Not maintaining lashes can come with a lot of risks.

Society is changing, and so are the norms for beauty. What was once the province of only girls and women can now be enjoyed by men. Men can buy lashes that can make their eyes pop, and for male actors and entertainers, this is a coup. Lashes can create silhouettes and frame the eyes in attractive ways.

Lashes will become more prevalent, and brands are beginning to cater to men. Lashes are slowly becoming an industry standard, even for men. For men looking to enhance and emphasize their lashes, there are many brands online. Creating a fuller, lengthier look doesn’t have to be hard, and for many in entertainment, it is essential.

Raelyn from Ashburn just bought!
Velour Lashes
12 hours ago View Product
We use cookies to ensure that we give you the best experience on our website. If you continue to use this site we will assume that you are happy with it.Ok